I was born and grew up in south Manchester and as a consequence I have been a lifelong supporter of Manchester City.

In 1970, I was appointed to a lectureship in economics at the University of Leicester. Apart from spending two years working as an economic adviser to the UK government, I remained at the University until 2000, eventually becoming Professor of Applied Economics and Dean of the Faculty of Social Sciences.

I left the University to become Deputy Director of Research and Chief Economist in the Home Office. I retired in 2007.

I started to play golf in about 1979 when we bought a house near to Oadby Municipal golf course. Since then I have been a member at The Leicestershire, Kibworth and Scraptoft golf clubs. I joined Market Harborough Golf Club in January 2014. I am also a member of Market Harborough Bridge Club, although I am only an occasional bridge player.

My chosen charity is Macmillan Cancer Care. Macmillan Nurses do a wonderful job in supporting cancer sufferers and their families through extremely difficult times. They receive virtually no support from government and are dependent upon donations, legacies and fundraising activities. 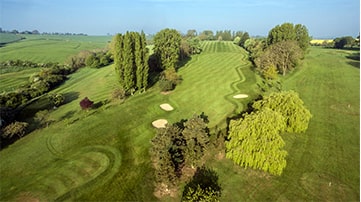